Who runs the world? GIRLS.

In the world where feminism is rising and the #MeToo movement is even more important, there are so many amazing women who provide inspiration and guidance for young girls all across the world.

These are a few of my female role models, who inspire me to be ambitious and take chances when they arise.

The 28 year old is best known for her role of Hermione Granger in the global Harry Potter series. But after her huge success in Harry Potter, she has used her fame for good. She recognises the importance of education and has a Bachelor’s Degree in English Literature. She cares about the environment and has even developed her own, environmentally sustainable fashion line with a company called People Tree.

After spending time promoting education for girls in Zambia and Bangladesh and hearing first-hand stories about gender inequality, Watson decided to take further action and become a UN Women Goodwill Ambassador. She delivered an inspiring address at the UN headquarters where she launched the campaign HeForShe. She refused to stop fighting after receiving threats within 12 hours of making the speech, and Malala Yousafzai herself stated that she decided to call herself a feminist after hearing Watson’s speech. She is passionate about her work and always tries to gives back to the community, whilst having a laugh and admitting if she makes mistakes.

Adele is a great example of a very successful woman who has made her success by being honest and never giving up. She encourages body positivity and keeps her personal life private in order to maintain her strong relationships with her family.

The British singer-songwriter has sold millions of albums worldwide and has won a total of 15 Grammys as well as an Oscar. Adele’s first two albums, 19 and 21, earned her critical praise and a level of commercial success unsurpassed among her peers. After becoming a mom in 2012, Adele returned to the charts with the ballad “Hello” in 2015, the lead single from what was dubbed her comeback album 25. It was the biggest selling album of 2015 and 2016, winning her 4 BRIT awards that year. In 2017 she won five Grammys for her work on 25, including album, record and song of the year.

If that isn’t inspiring, I don’t know what is. 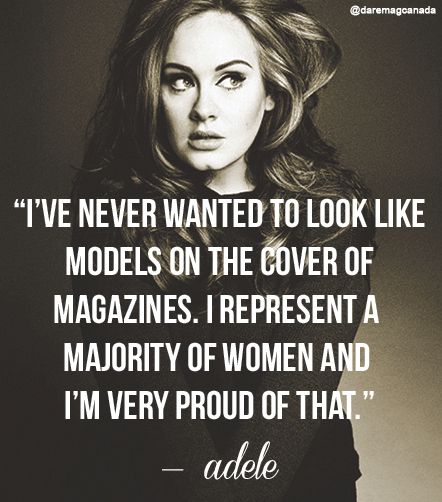 Malala Yousafzai is a Pakistani education advocate who, at the age of 17, became the youngest person to win the Nobel Peace Prize after surviving an assassination attempt by the Taliban. She has continued to speak out on the importance of education. In 2013, she gave a speech to the United Nations and published her first book, I Am Malala. Her bravery and courage at such a young age makes her a great female role model.

Perhaps the most inspirational and awesome woman on this list is my mum. She has put up with me and my brother for years and still continues to make us strong, independent, empathetic people with strong morals. My mum has a strong mind and a beautiful soul,  she supports my brother and I in everything we do and I am very grateful for that. I couldn’t imagine my life without her, she is one of my best friends and truly a great role model.

3 thoughts on “My female role models”