Eating a nutritious diet rich in vitamins, minerals and antioxidants is one of the most important parts of living a healthy lifestyle. Whilst exercise is also a key part in leading a balanced life, what you fuel your body with really makes a difference. A great way to know that what you’re eating is full of the good stuff, is by incorporating superfoods into your diet.

Superfoods are considered to be nutrient powerhouses that provide large quantities of antioxidants, vitamins and minerals. Although there is no strict definition of what makes a ‘superfood’, most superfoods are plant-based due to their nutrient dense organic nature. The term was coined for marketing purposes, so nutritionally speaking there is no such thing as a superfood. But the term has gained hugely in popularity over the past couple of years – so what are the benefits of superfoods?

The benefits of superfoods

The high vitamin and mineral content found in superfoods helps your body to stay healthy and avoid illness. When they’re incorporated into a well-balanced diet, these foods can promote heart health, weight loss, improve energy levels and even help achieve clearer skin. Antioxidants found in many superfoods are compounds that may help delay or even prevent cell damage in the body, they can also reduce the chance of cancer. High levels of fiber present in many superfoods can help prevent diabetes and digestive problems, whilst these foods also regulate metabolism and reduce inflammation.

That sounds great, but what are some examples?

Oh, so many good things in this category! Oats, cinnamon, chia seeds, flax seeds, almonds and quinoa to name a few.

Eating superfoods alone is not a substitute for a varied and balanced diet, but by incorporating some of these nutrient-dense foods into your weekly meals, you will fuel your body with all the right stuff. What you put in effects what you can put out! 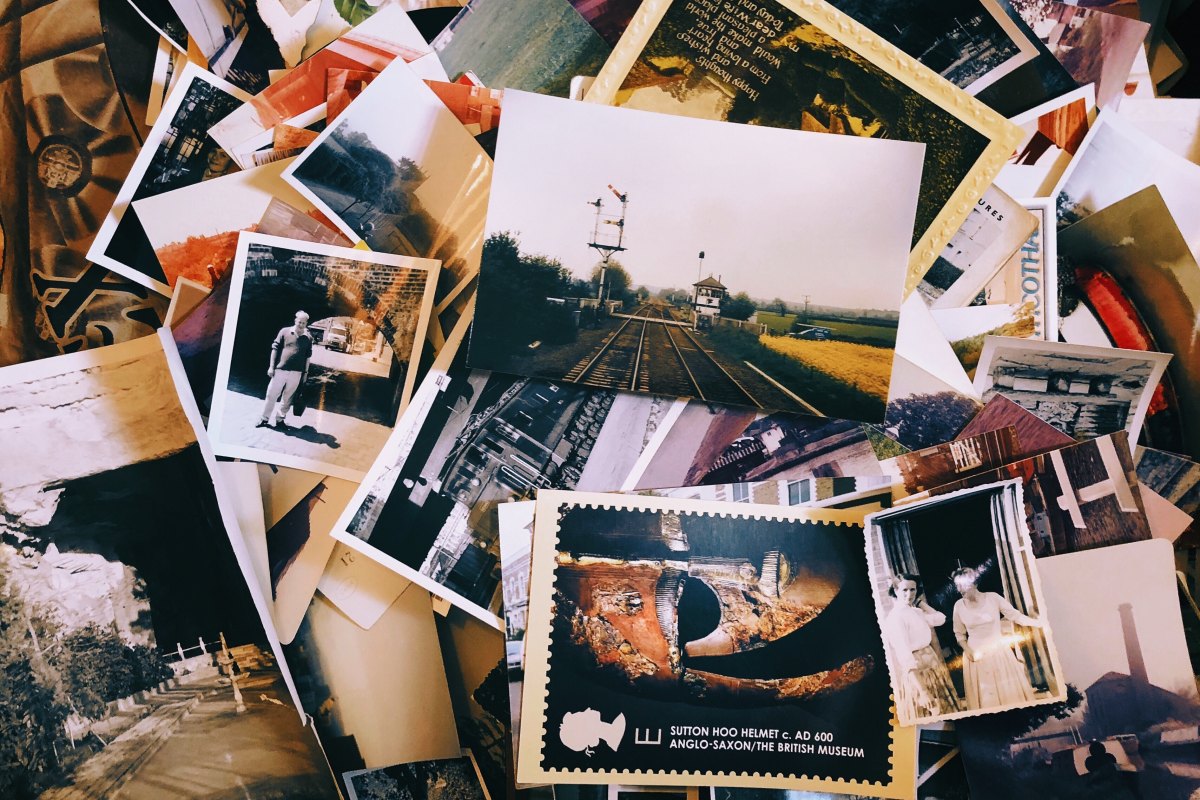 Can you remember what your first memory is? For most of us, it is fairly mundane and is often prompted by being asked to talk about the details. This might explain why the age at which a memory first sticks varies across cultures. Among the Maori of New Zealand, for example, most children’s memories start a year earlier than they do in North America or Europe, as a function of their culture is discussing and honouring memories according to researcher Carole Peterson of Memorial University (Newfoundland).

People’s earliest memories are likely to be fictional – in that they never in fact occurred. Rather than recalling an experience event, we recall imagery derived from photographs, home movies, shared family stories or events that frequently happen in infancy. These facts are linked with fragmentary visual imagery and are combined together to form the basis of these fictitious early memories. Over time, this combination of imagery and fact begins to be experiences as a memory. Our brains when we are 2-3 years old are ephemeral because the hippocampus (key for long-term memories) is still maturing. When you reach the age of 8-10, you have forgotten about two thirds of your memories before the age of three, it is only when you reach the ages of 10-12 that your long-term memory begins to see huge improvements.

So, what is the first step in creating a memory?

Encoding is the first step in creating a memory, it’s a biological phenomenon, rooted in the senses that begins with perception. Each of the separate sensations you feel when you first meet someone, for example, travel to a part of your brain called the hippocampus, which integrates these perceptions as they are occurring into one single experience.

As you learn and experience the world, more connections in your brain are created by your nerve cells, (including synapses and dendrites), your brain organises and re-organises itself in response to your experiences, forming memories triggered by the effects of outside input prompted by experience, education and training.

How is your memory stored?

Once your memory is created, it has to be stored, and it does this in mainly three ways: sensory stage, short-term memory and then long-term memory. It’s your sensory memory that allows a perception such as a visual pattern, a sound, or a touch to linger for a brief moment after the stimulation is over. After that first flicker, the sensation is stored in short-term memory: which can hold about seven items for no more than 20-30 seconds at a time. This can be altered however, by using different strategies such as repeating things to yourself – which resets your short-term memory clock.

How do I remember something?

When you want to remember something, you retrieve the information on an unconscious level, bringing it into your conscious mind at will. (sort of creepy huh?!)  If you’ve forgotten something, it may be because you didn’t encode it very effectively, distractions that occur while you’re trying to remember something can really get in the way of encoding memories. If you’re trying to read a business report in the middle of a busy airport, you may think you’re remembering what you read, but you may not have effectively saved it in your memory.

Just like cramming the night before an exam, the information can be encoded by the brain based on the simple characteristics of the words, rather than the meaning, but it is only stored in short-term memory and therefore only retained for a short period.

Memories make up the ongoing experience of your life, they provide you with a sense of self. They are what make you feel comfortable with familiar people and surroundings, tie your past with your present, and provide a framework for the future. In a profound way, it is our collective set of memories – our ‘memory’ as a whole, that makes us who we are. 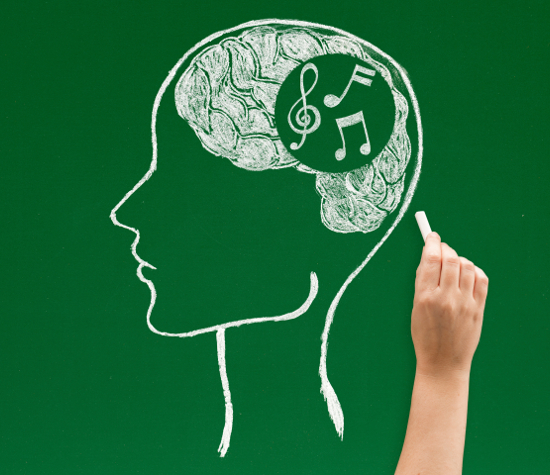 Below is a public speech I delivered last year, we had no set brief or topic list so I decided to be slightly wacky and choose a topic that was different and combined two of my interests: music and psychology.

As far as evolutionary biologists can determine, there was no need for humans to develop music. There are theories, of course. Is our capacity for music a side effect of developing language? Did it result from an attempt to mimic birdsong? No one really knows. Yet our brains seem to be hardwired for music in so many wonderful and mysterious ways.

Have you ever had a fragment of a song stuck in your head and you just can’t shake it off? You have an earworm.  A well-documented neurological phenomenon. Over 90% of people are plagued by earworms at least once a week and about a quarter of people experience them several times a day. From a psychological perspective earworms are an example of mental and auditory imagery. Just like you can imagine what a baby crying sounds like, these tunes remain stuck in your head. Earworms are a special form of auditory imagery because they’re involuntary, they don’t just intrude on your mental soundscape but have a tendency to get stuck in a loop repeating again and again, mainly due to modern technology.

The last hundred years have seen an incredible proliferation of devices that help you listen to songs again and again. However it is equally possible that every great historical figure from Shakespeare to King Henry VIII may well have suffered from earworms. 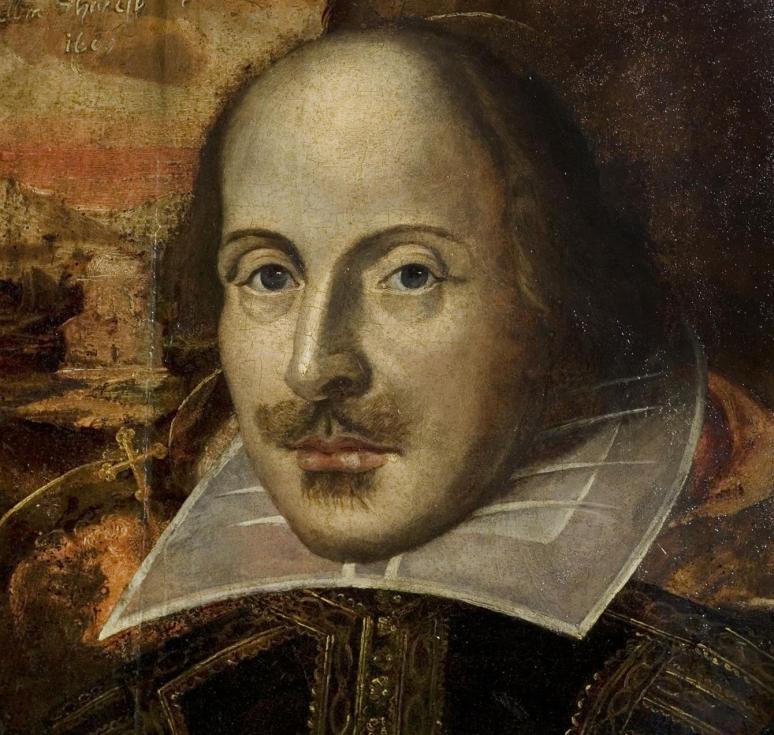 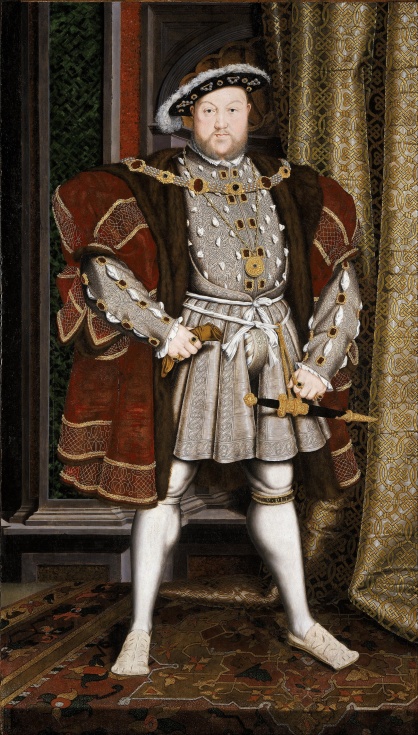 Besides music it is hard to think of another case of intrusive imagery that’s so widespread. Why music? Why don’t watercolours get stuck in our heads?

One theory has to do with the way music is represented in memory. When we listen to a song we’re constantly hearing forward in time anticipating the next note. It’s hard for us to think of one particular musical moment in isolation. If you want to think about the pitch of the word “you” in happy birthday, we have to start back at happy and sing through until we get to you. In this way a tune is just like a habit, once you start tying your shoe you’re on automatic until you tighten the bow.

So what makes an earworm? Songs such as Lady Gaga’s Bad Romance or Moves like Jagger by Maroon 5 were concluded to be some of the top earworms. Both of these songs share similar characteristics. They are usually faster, with a fairly generic and easy-to-remember melody but with some particular intervals, such as leaps or repetitions, that set them apart from the average pop song, according to the first large scale study of earworms.

The study found that the tunes most likely to get stuck in people’s heads were those with more common global melodic contours, meaning they have overall melodic shapes commonly found in Western Pop music. For example, one of the most common contour patterns is heard in “Twinkle, Twinkle little star” where the first phrase rises in pitch and the second falls. Numerous other nursery rhymes follow the same pattern, making them easy for young children to remember. The opening riff of Moves like Jagger by Maroon 5, also follows this common contour pattern of rising then falling pitch, which is why it can get stuck in people’s heads.

Studies of earworms can help us to understand how brain networks – which are involved in perception, emotions, memory and spontaneous thoughts – behave in different people. However continual research can help us fully understand why songs get stuck in our head and in turn unlock mysteries about basic cognition. 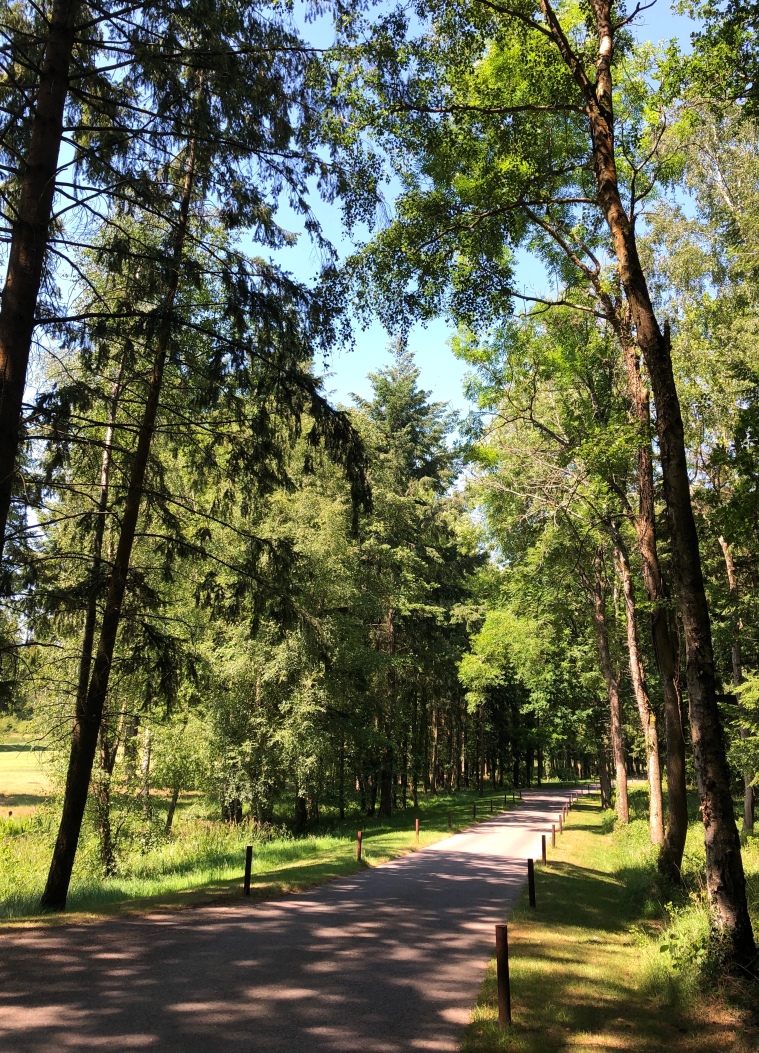 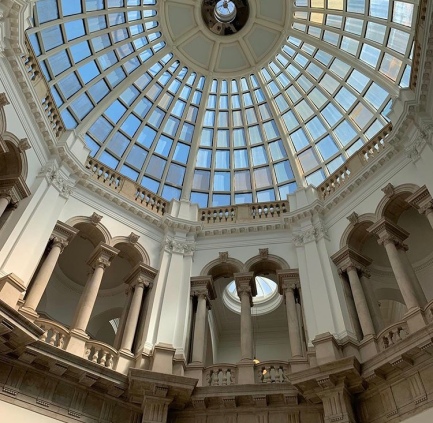 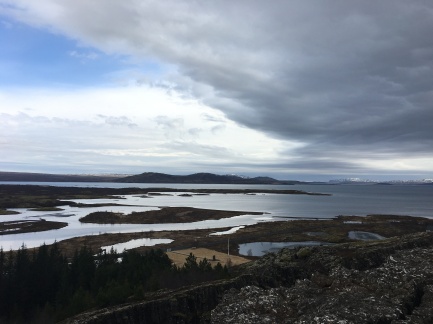 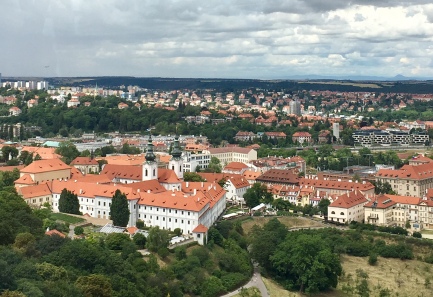 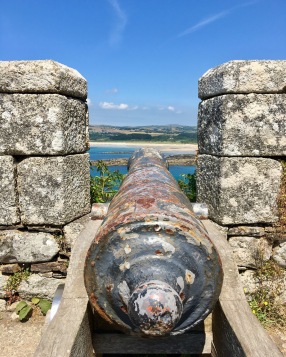 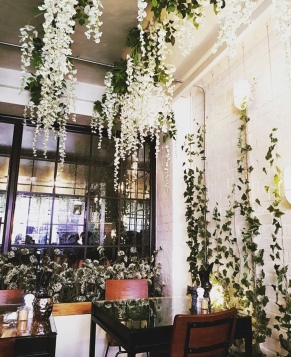 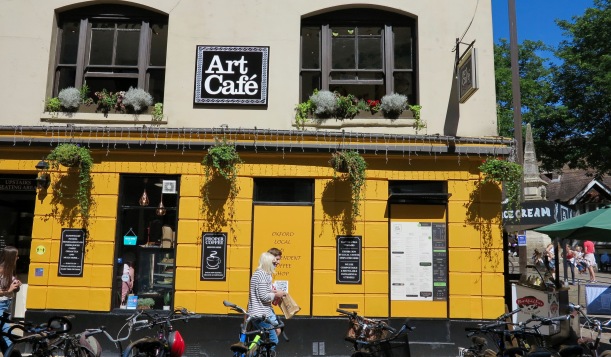 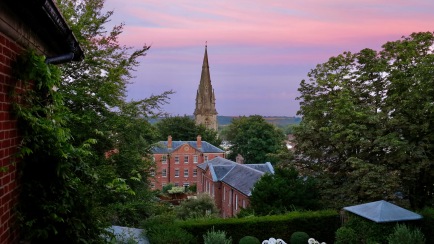 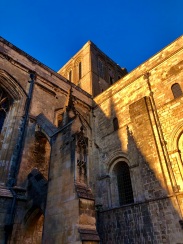 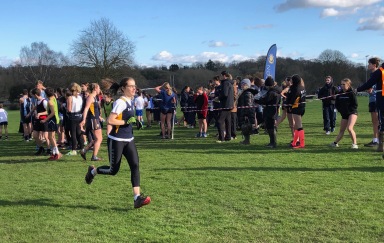 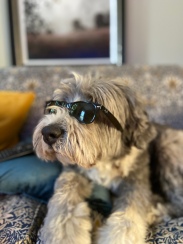